The idea that every company will soon become a fintech company got a boost last Thursday when Stripe unveiled Stripe Treasury, the latest entrant in the banking-as-a-service category.

Ten years ago, companies like Twilio and Bandwidth built telecom-as-a-service software platforms. They abstracted all the hard bits, making it trivial to embed calling or texting in any application. Today, phone calls and text messages are free, and carriers make money by selling Internet access, not calling or texting plans.

Telecom and banking actually have a lot in common, and what happened in communications is now about to happen in financial services.

Stripe is enabling standardized access to global banking capabilities via APIs by developing its bank partner network to include Goldman Sachs Bank USA and Evolve Bank & Trust as US partners, and Citibank N.A. and Barclays as global expansion partners. Stripe will fulfill compliance and regulatory requirements in partnership with its US banking partners to make it easy for platform customers using Stripe Treasury to embed banking experiences into their products. And through Stripe, these banks are able to extend their reach to millions of businesses.

Unlike banks like Cross River Bank (used by Coinbase, Affirm and Upstart) and BBVA (used by Simple and Digit) who also provide APIs, it's important to note that Stripe is not becoming a bank. They're partnering with banks, similar to banking-as-a-service startups Synapse, Bond and Unit.

That being said, there are some important differences between Stripe and any other existing or potential banking-as-a-service provider:

The API call shows Goldman Sachs specified during account creation, but this is likely to disappear over time. Bank accounts will be commoditized, and a customer will receive a logical Stripe Treasury account while actual funds are spread across multiple physical underlying accounts for better safety and higher FDIC insurance. This is like data striping across multiple hard drives to reduce risk and dependency of one of them failing. Wealthfront is already doing this with their cash accounts.

Unlike banking-as-a-service platforms to date, Stripe Treasury is likely to cause significant and permanent changes in the value chain for financial services. Ben Thompson did a great write-up and described Stripe Treasury as a classic example of the power of platforms. With an operating system like Windows, any number of applications can run on any number of computers because there is an abstraction layer in the middle:

Stripe is doing something very similar by adding a layer of abstraction between Internet companies and banks:

Banks are primarily in the business of making loans, which is why their deposit products like checking accounts are so uniformly poor. They are simply a means for the bank to raise cheap capital.

As banking-as-a-service enables every company to become a fintech company, perhaps banks will re-focus on loans and let other companies provide the user experience for spending and cash management. This is exactly what's happening with Google Pay's recently announced Plex accounts. Google's global partnership with banks is similar to Stripe's, except there's no API and Google Pay is the global user interface.

But when every company is a fintech company, banks might find they have a lot more competition for loans. SAAS companies in particular have a lot of data about their customers that is very useful in evaluating credit risk and when to present pre-approved offers. Acquisition costs are also lower because SAAS companies already have an ongoing dialogue with the customer. Banks having a lower cost of capital does not make up for a SAAS company's ability to front-run and pick off the best loans.

If every company is becoming a fintech company, many will need quality access to credit data to make decisions on loans.

This will be a major change in the market for credit data.

The result is that TransUnion, Experian, and Equifax have never had to provide good APIs that are easy to implement. Customers have to do long and tedious integrations with each major credit bureau and then spend significant time and effort to maintain them. But, to date this has been OK because these large customers can afford it and are not in a hurry.

But if every company is a fintech company, this no longer works. The loan market will fragment and fintechs will demand that access to credit data be as easy as processing credit cards.

This creates a new platform opportunity to add a layer of abstraction between credit bureaus and fintechs. In fact, a company named Bloom Credit is starting to do exactly this (full disclosure: I am an angel investor in Bloom Credit):

Bloom Credit is not the only interesting company filling gaps in the credit data market. A company named Perch from the YC Summer 2020 batch has a product getting traction among college students to build credit without a credit card or loan―something Experian has tried to do with Experian Boost without success. Perch furnishes non-traditional payment data like rent, utilities and other services to credit bureaus while also realigning financial institutions with the college market since financial institutions are now prohibited from marketing to it as part of the Credit Card Reform Act of 2008.

Whether Bloom Credit builds a defensible platform in this space remains to be seen, particularly since credit data is scarce today―unlike bank accounts. Credit information is a river of data that must be constantly updated and maintained. It's a tough business where scale is important. Countless local associations for credit information have gone out of business on the path to the three major credit bureaus we have today.²

But what if in the future credit data was no longer scarce?

What if it became abundant?

Patrick McKenzie works at Stripe and has a great thread on how Stripe Treasury enables programmable money:

While this is a huge improvement over bank accounts today, there's something missing from this story. Remember our platform analogy where we equated banks and commodity hardware? Well, the truth is it's not quite accurate. And this might be a problem for platforms.

When you purchase commodity hardware, you own it and can do what you like with it. It's an object. A bank account, on the other hand, is a service. You do not actually own the bank account or the money in it. The money is owned by the bank. You have given it to the bank in exchange for the bank's promise to re-pay you, which is subject to the terms of your account agreement.

The money in your Stripe Treasury account that is now programmable is not actually yours. Nor is it Stripe's. It is the bank's.

This is why FDIC insurance exists. If a bank goes out of business, you cannot just come by and pick up your money. Fractional reserve banking means that banks make loans far in excess of the deposits they collect. This is how banks create money, and why if everyone wants their money at the same time, they can't get it.

This situation was underscored recently in Switzerland:

When interest rates first went negative in Switzerland, a large regional money manager calculated the cost of paying the 75 bps in annual interest versus storing the cash in a secure location. The secure location option won and senior management approached their bank and asked to withdraw several hundred million Swiss francs. The bank said no.

If you read the fine print on your banking agreement, it isn’t legally your money. It’s the bank’s money. The bank has a debt obligation towards you, whether you are just the little guy or a prestigious Swiss money manager. However, they are not required to satisfy this obligation in cash.

The bank told the money manager that they would transfer the amount to any other bank they wanted—no problem. But the bank would simply not allow them to take it out in cash. Nor would any other bank it turns out.

Given that the public blockchain provides a solution for you to safely own your own money, it's hard to imagine this does not become the default in the future.

What if it were not possible to own your home? Or your car? Or your backyard?

Why should money be any different?

If you believe software eats money, it's worth thinking about what happens when public blockchain infrastructure and crypto assets provide an alternate system for clearing and settling in the global financial system.

On the public blockchain, all transaction data is public and can be freely operated on in the same way you operate on any other big data set (e.g. using BigQuery). The data is pseudonymous, meaning if you do not know who owns the addresses, it's not possible to know who the transactions belong to. If you're really worried about privacy, there are many good solutions (including zero knowledge proofs) that provide complete end-to-end privacy.

Here's an example of transaction data from a wallet (the crypto equivalent of a bank account) on the Ethereum blockchain:

On the public blockchain, financial transaction data is abundant and cannot be redacted or censored by anyone. Today this is just for payments between wallets, but what if there was a place for loans and re-payments too?

We could think of this as a public blockchain credit bureau.

Why would something like this be built and used?

The future of credit

There are many reasons a public blockchain credit bureau might emerge.

First, credit bureaus are honeypots for hackers. During the Equifax data breach in 2017, the private records of 148 million American and 15 million British citizens were stolen. A public blockchain is more secure than any credit bureau or bank, and could be a much safer place to store information like this.

Second, if every company becomes a fintech company, millions of companies might begin furnishing payment information. How will today's credit bureaus handle this? A platform like Bloom Credit might help. They could help furnishers meet legal obligations as specified in the Fair Credit Reporting Act. But if they're furnishing to three credit bureaus, why not also furnish to the public blockchain? Or perhaps, with the right software, furnishers might just go directly to the public blockchain? Credit data is a river, not a lake. It might not take long for a new public blockchain credit bureau to be very competitive.

Fourth, a public blockchain credit bureau might be a global solution and not just a national silo. Nova Credit is working to help foreign expats living in the US make their home credit rating portable to the US. But what if instead there was just one credit data system that worked everywhere?

Finally, a public blockchain credit bureau would be more transparent, easier to audit and monitor, and might improve accuracy and reduce costs for verifying title and deeds for collateralized loans.

Will a global public blockchain credit bureau actually happen? Only time will tell.

What we do know is that if credit data becomes abundant, the new scarcity will be the company who can reliably identify who a person is and map all of this person's global addresses (debts) on the public blockchain.

The wallet's jobs to be done and why the biggest company in the internet of money will own the wallet. 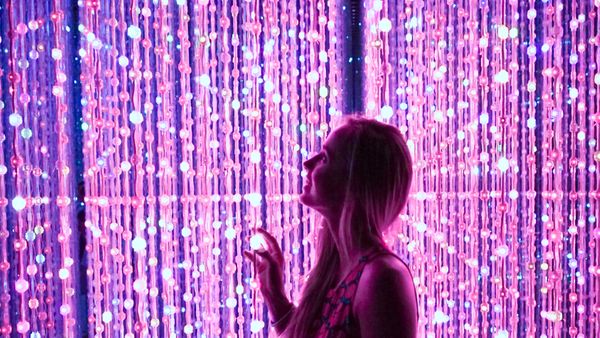 What is the internet of money? How will it work? Will it use central bank digital currencies, crypto dollars or Bitcoin? Or all of them?