What this signals for investors and the financial services industry

Investment by top VCs in finance startups is exploding, growing exponentially from $500 million in 2012 to more than $7 billion for 2019.

And it’s not just the dollar amount that has increased—the absolute number of fundings has also increased from 54 in 2012 to 120 in 2019.

Is this just part of the overall growth in venture investments?

In short, no. Investment in finance startups is growing twice as fast as top VC fundings as a whole.

Despite the significant increase in top VC investments generally, the share that has been going to financial services startups has more than tripled from its 20 year historical norm.

Is this a blockchain / crypto bubble?

The massive shift by top VCs to investing in finance startups is unusual, and it’s a  signal that this group of smart investors believes that there will be large returns in this category.

Why does “smart money” believe that so many of tomorrow’s unicorns will come from the finance category when in the past they rarely did?

Marc Andreessen’s software is eating the world hypothesis is now well known since it’s almost ten years since he published it. However, on a recent podcast, Marc further unpacked it:

There are many reasons to believe that financial services is entering a phase where all the products and services it provides will become software.

The primary business of most banks is lending. Artificial intelligence (AI) and machine learning (ML) will be transformative to the underwriting process in lending, with software replacing many or all of today’s manual components.

Digitization of the lending process can reduce onboarding and ongoing servicing by up to 70%. Fully digital lenders still face a high cost of capital and a marketing cost that is currently a minimum of $250 per loan. However, there is a way that these challenges could be solved.

Checking accounts, savings accounts, and all other non-lending services exist at most banks only to provide a cheap source of capital for lending and as a foot-in-the-door / moat to getting your lending business. You only need to look at the 0% interest rate on savings accounts and high fees for services that are essentially costless to know this is true.

A segment of consumer focused financial services like Digit that might be thought of as self-driving money has emerged to automate the process of saving, investing and paying down debt. This is the opposite of what most banks want today—which is for customers to pay as much in interest as possibly.

Becoming a consumer’s primary banking relationship by offering a self-driving money service they love and also taking deposits dramatically reduces both cost of capital and marketing costs. If the resulting company could grow virally and was a fully digital lender, its products and services would be 100% automated in software. And today’s banks would face the Innovator’s Dilemma.

Wealthfront is a startup putting this strategy into action and beginning to hit escape velocity. Between February and November of 2019, Wealthfront has taken $8B in deposits for its new cash account service, which is essentially the equivalent of a savings account.

The financial planning and advisory industry generated $57B in revenue in the US in 2019. Unfortunately for most advisors and fund managers, there is strong evidence that they almost universally underperform the market over time—particularly when taking fees into consideration. Wealthfront is an example of how a 10x better service is being provided end-to-end via software at a fraction of the cost. Crunchbase lists more than 150 other startups in the wealth management space with a combined funding of $27B.

The insurance industry is massive. It generates $1.5 trillion in revenue annually in the US and $5 trillion globally. It is also a notoriously difficult business that hasn’t changed much in a long time. For example, there have been no new entrants to the Fortune 500 in the insurance category for 80 years. But similar to other segments of financial services, insurance products are also on their way to becoming software products.

The basics of any insurance business are: acquiring customers, underwriting them, and processing claims. Traditional insurance companies do much of each process manually.

Acquiring new customers is difficult and expensive. The insurance industry in the US employs more than 1 million agents, and GEICO alone spends over $1B annual on advertising. Traditional underwriting is slow, painful and error prone since it’s largely a manual process of self reported forms and back-and-forth exchanges with an agent. The traditional claims process is slow, manual, and rife with fraud.

But it doesn’t have to be this way. New entrants like Lemonade have digitized the  insurance process end-to-end and provide an app-based experience with zero paperwork and instant everything. Lemonade is a full-stack insurance company powered by AI and behavioral economics and has raised $480M to date. Another company named Shift is partnering with existing insurance providers to automate claim processing and reduce fraud using AI. Shift has raised $100M to date.

Crunchbase lists over 300 startups in the InsureTech category with a total funding of $4.4B. Whether through selling services to incumbents the way Shift is or through competing directly with them the way Lemonade is, it’s clear that insurance products are becoming software products.

The Internet is now a reliable network that connects all merchants and consumers, who all have highly capable computers in their pockets. Combined with the trust and smart auto-execution that will be provided by blockchain technology, the pieces are falling into place for all payments to be fully digital and encapsulated completely in software.

China, which is far ahead of the US in mobile payments, has already announced a digital currency that is intended to replace M0 (The total of all physical currency including coinage).

The financial services sector is about to go through an exceptional transformation. This will happen without even considering the disruptive impact of Bitcoin and cryptocurrencies.

Software eats money. And the world will likely be a better place.

Get the latest posts delivered right to your inbox 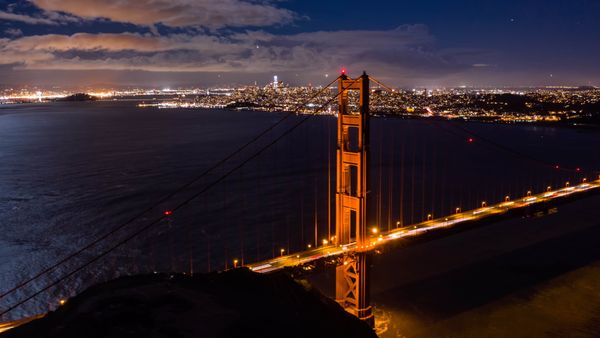 From 2017-2019, the Bay Area produced almost three times as many finance startups funded by top VCs as NYC, and these companies raised almost four times as much money.

We build a basket of "top" VCs we'll use to represent "smart money" Coming up with a list of the world’s best venture capital firms is not easy. For one, the life of most funds is 10 years. And

Stay up to date! Get all the latest & greatest posts delivered straight to your inbox