The first use of the word internet was in 1974 when Vint Cerf, Yogen Dalal, and Carl Sunshine published their Specification of Internet Transmission Control Program.

The concept of an internet, or network of networks, is not new. In fact, it's at the core of some of the world's most important societal changes.

Today, I will talk about three internets. One from the past, which has long since matured. One from the present, still approaching its peak. And one from the future, just barely getting started.

From this, we'll see a pattern. We'll use it to inform how we think about the future and explain why the wallet will be the new bank.

The internet of goods

Today, you can live anywhere and still have access to the best goods the world has to offer. But before 1830, access to goods required being on a navigable waterway (ocean, river or canal), and so this is where people lived―in dense cities that minimized transportation costs. By 1830, investment had shifted from canals to railroads, which for the first time enabled cities to develop away from navigable water.² But it wasn't until the explosive growth of the automobile, combined with the US Numbered Highway System and the Interstate Highway System, that the internet of goods truly emerged.

The internet of goods is enabled by highways interconnecting local city networks, and is navigated by the automobile.

If waterways and railroads formed the backbone that solved for long haul, highways and automobiles solved the "last mile" problem, unlocking cities from the backbone and enabling unfettered expansion in every direction.

In number four is US Steel, who happened to provide key primitives for the world of goods. In 1957, US Steel generated $4.2 billion in sales and 348 million in profit.

Fast forward sixty years to the internet of information, and you'll see a familiar pattern.

The internet of information

The internet of information is enabled by interconnected computer networks that allow nearly instantaneous exchange of information between any number of parties in the world, and is navigated by the browser.

When I say browser, I mean the term very loosely. I do not mean Chrome, Safari or Internet Explorer. I mean the computing device that packages the web browser, the app ecosystem, and all the other hardware and software necessary for the best experience navigating the internet of information.

By this measure, Apple undoubtedly produces the best products, and it's reflected in their $2.2 trillion market cap and number one ranking in the S&P 500.

Going down the list of top companies in the S&P 500 by market cap, we see Amazon at number 3. Like US Steel for the information age, Amazon provides key primitives for the world of information. Much of Amazon's profit comes from Amazon Web Services, and Amazon's design approach to all its businesses is a platform of primitives for which they are their own best customer.

In position number four, Google is like Exxon Mobile for the information age. Google provides the scarce ingredient to get your browser from A to B. In the internet of goods, the scarcity was fuel. In the internet of information, the scarcity is knowing where everything is and being able to give you a great answer to any question you can think of. In the same way your car is no good without gas, your browser is no good unless it can find things you want.

Let's use this as a framework to think about the internet of money.

The internet of money

Marc Andreessen, who built the first widely used web browser and who founded the venture capital firm Andreessen Horowitz, says that the 'original sin' of the Internet is that payments weren't built into the browser.

The internet of money is emerging to fix this.

The internet of goods was enabled by interconnected city networks and navigated with your automobile.

The internet of information was enabled by interconnected computer networks and navigated with your browser.

The internet of money will be enabled by interconnected public blockchain networks and navigated with your wallet.

Let's look at wallets from a product perspective. In the internet of money, what are a wallet's jobs to be done?

It might surprise you to learn that, aside from lending, the jobs to be done are the same jobs your bank currently has. This is why the wallet is the new bank.

Today, banking is a service you buy from companies we call banks. You give your money to a bank, and in return they provide services we call banking. But once your money is in a bank, it is technically no longer yours. It is the bank's. If a bank fails, you cannot just come by and pick up your money. This is why we have deposit (e.g. FDIC) insurance.

In the internet of money, for the first time since the days of gold coins, you are able to own your own money. But unlike with gold coins, it is practical and safe to do so. Your money is not under your mattress or in a personal safe. It's in a virtual safe deposit box called the public blockchain and is more secure than any bank.

In this new model, instead of logging in to separate bank apps to use the money they're holding for you, you open your mobile wallet and it shows you all the money and financial assets you've allowed it to track. Unlike in the walled garden of your banking app, your money can flow freely to any financial product from any provider without limit or restriction. There are no forms to fax, approvals to get, or medallion stamps required.

Because your wallet holds your keys, it's the natural place to go for all interactions involving your money. A second reason the wallet is the new bank.

Here are the jobs to be done for a consumer bank, and how they may change in the internet of money.

The internet of money and its wallets are still in their infancy, but the writing is on the wall. Banks will be unbundled until lending is all that remains.

Banking will not be a service you buy, it will be something you do. This will be true whether your preferred money is crypto dollars, Bitcoin, a central bank digital currency, or any other cryptocurrency.

It will take time. Ten years. Maybe even twenty or more. It took twenty years from Vint Cerf's 1974 paper until the Internet started to break out.

I remember being a college student working in the accounting department of UC Berkeley in 1994 and being fascinated as we replaced Gopher with the Mosaic web browser. And then fighting to install a TCP/IP software stack on my Windows 3.1 computer at home so I could use a 9600 baud dial-up modem to access the Web.

Today's wallets are like 1994's Web browsers. Clunky and hard to use. With far too much technical detail exposed to the user. Here's what a popular internet of money wallet called Metamask looks like.

In 1996, I left my job as an analyst in management consulting to start an Internet software company. I'll never forget a sales call that year with the IT director of a large electronics company. He saw the email address on my business card and said "Email is never going to take off. Why would you ever email someone when it's so easy just to call?"

I was shocked. I couldn't believe he didn't see where the Internet was going.

Twenty five years later, his comment sounds just as preposterous as when Ken Olsen, the president of Digital Equipment Corporation said "There is no reason for the individual to have a computer in their home."³ Or when Paul Krugman, who has since won the Nobel Prize in Economics, said that "By 2005 or so, it will become clear that the Internet's impact on the economy has been no greater than the fax machine's"⁴.

Here is a glimpse of how we might navigate financial services in the future, embedded in Metamask.

But tomorrow's wallet will be about much more than just money. It will store digital versions of verified credentials, licenses, degrees and certificates as well. For example, the token Google issues your browser after you enter your username and password verifies your are able to use email, calendar and productivity resources as a specific user. Your passport is a credential that verifies who you are and what your citizenship is. Your driver's license is a credential that verifies that you may drive a car. And your student ID verifies that you may use school services.

The wallet will integrate many other services too. Just like the smartphone did.

Over time, not only is the wallet the new bank, it is who you are and your key to prove it.

Who will be the Exxon Mobil or Google of the internet of money? The platform that provides the scarce ingredient required to get wallets from A to B?

And who will be the US Steel or Amazon of the internet of money? The platform that provides the key primitives for the world of money?

That will have to wait for a future article. 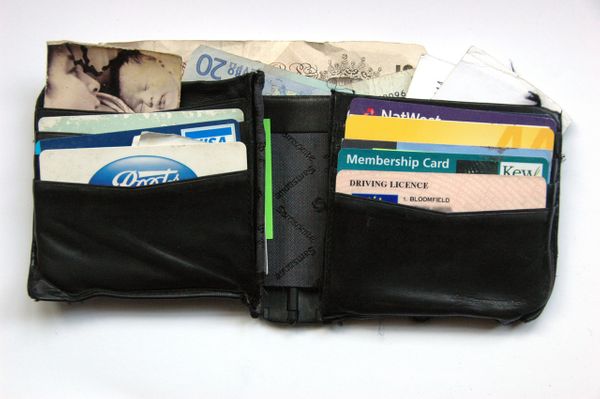 The wallet may be the new bank, but the wallet is also who you are and your key to prove it. 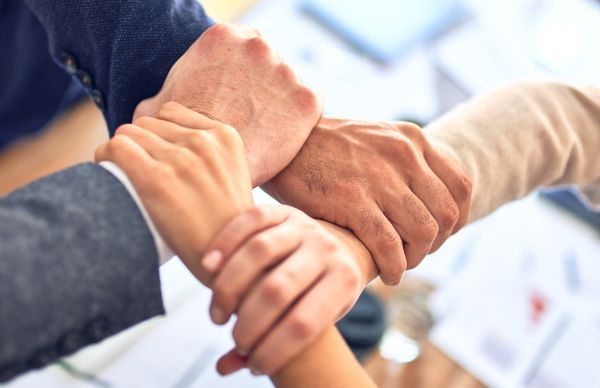 Why the money in your bank account is not technically yours and how banking-as-a-service will mean big changes in the credit data market.